The history of Swan 47/066 ”Tiger Lily”, ex. ”Alicadoo” (British flag), ex. ”Seaway Lady” (Swedish flag). Tiger Lily was launched in June 1982. She started her life under the Swedish flag and with the name Seaway Lady, homeport Gothenburg. She was sold already in November 1982 to an owner from Northern Ireland and had to change her name because the name Seaway Lady could not be registered under her new flag. Her new name became Alicadoo.

Between 1983 and 1989 Alicadoo did 6 transatlantic trips with Peter ”Stokey” Woodall as skipper. Her homeport was Vilamoura in Portugal. Alicadoo did also make several trips to the Azores from her homeport. On one of these trips, she became ”famous” as she was part of the filming of the RYA Yachtmaster video nr. 3.

In August 1989 Alicadoo was bought by me. Our first sail together was from Vilamoura to Southampton, UK. It was late October so we started a life together with very rough weather. We arrived in Southampton under the Finnish flag and the new name of Tiger Lily. The flag and name were changed outside Cabo Finisterre in a force 10 storm.

During the years I have owned Tiger Lily I have made 6 transatlantic trips from Europe to the Caribbean. One of these was the cruise to celebrate Columbus 500 years since the discovery of the Americas. I have also visited Horta, Azores 4 times. Today, even with more than 130.000 nm on her log, Tiger Lily is in better shape than new after a big refit in 2008-2011. 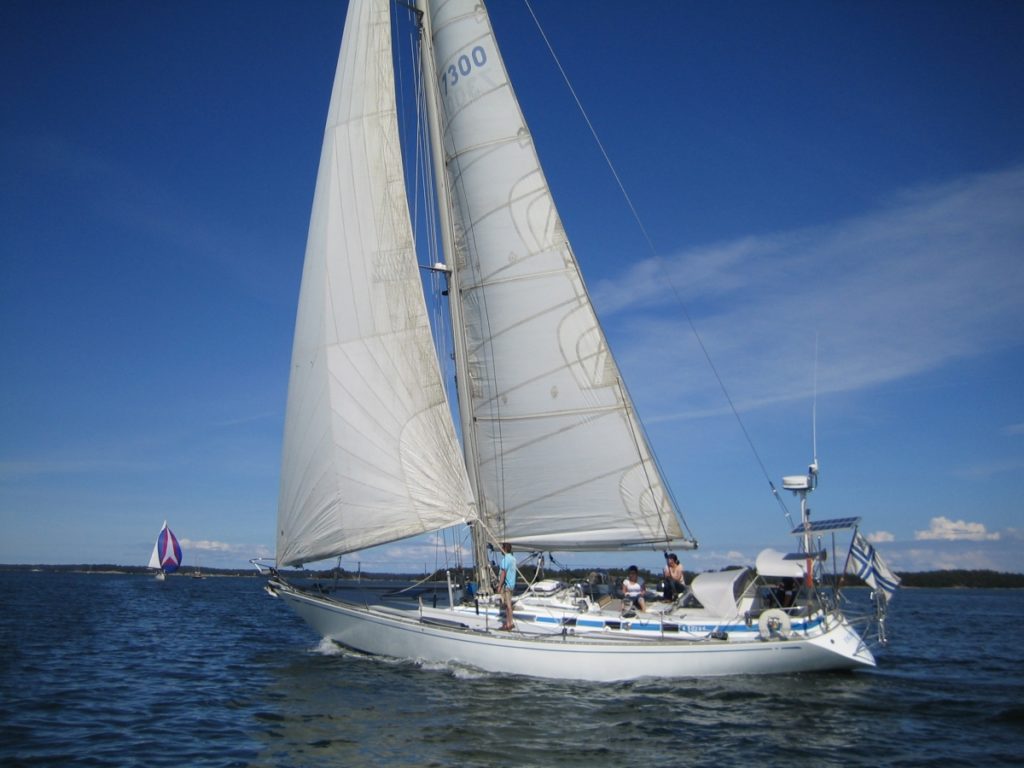 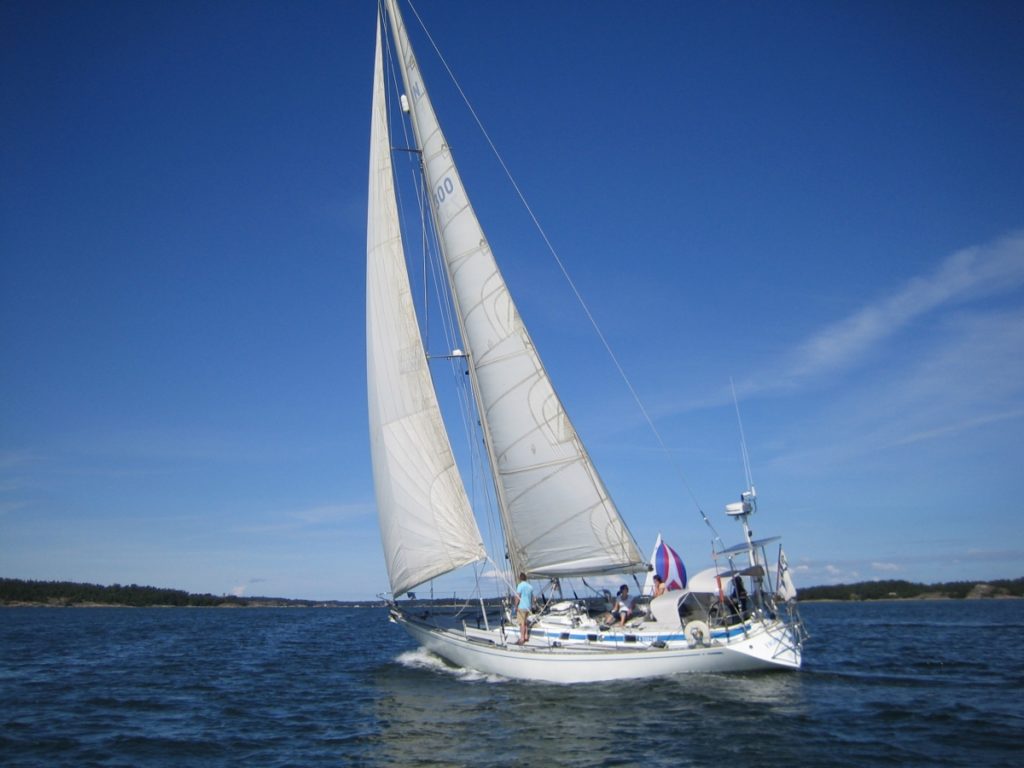 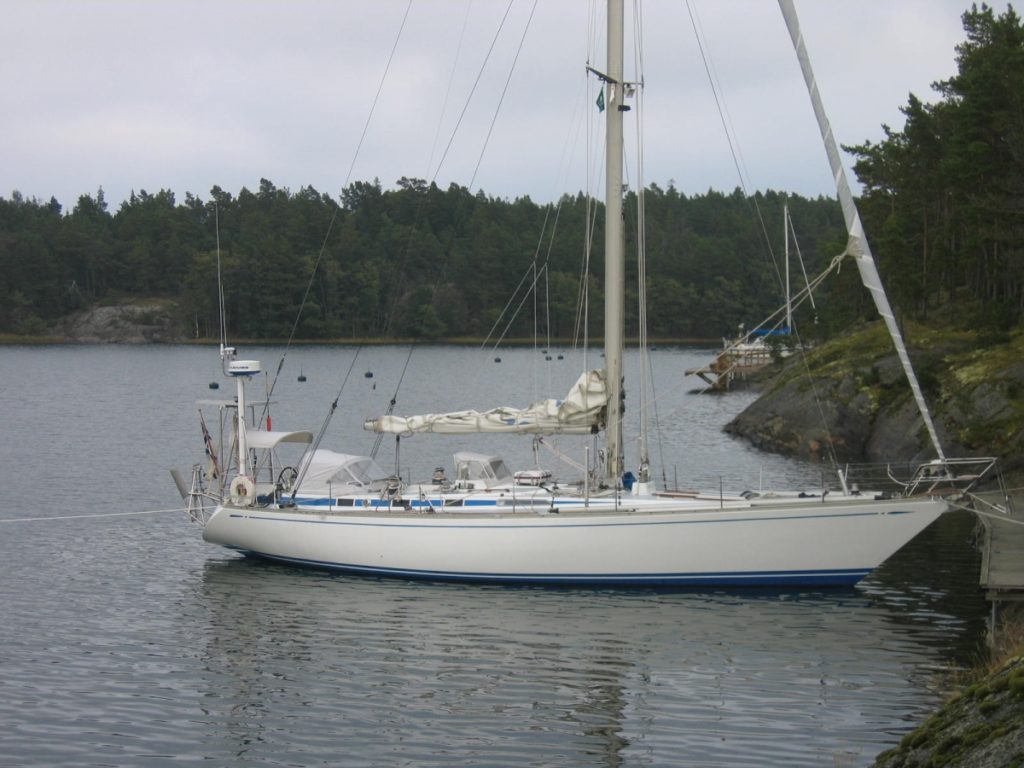 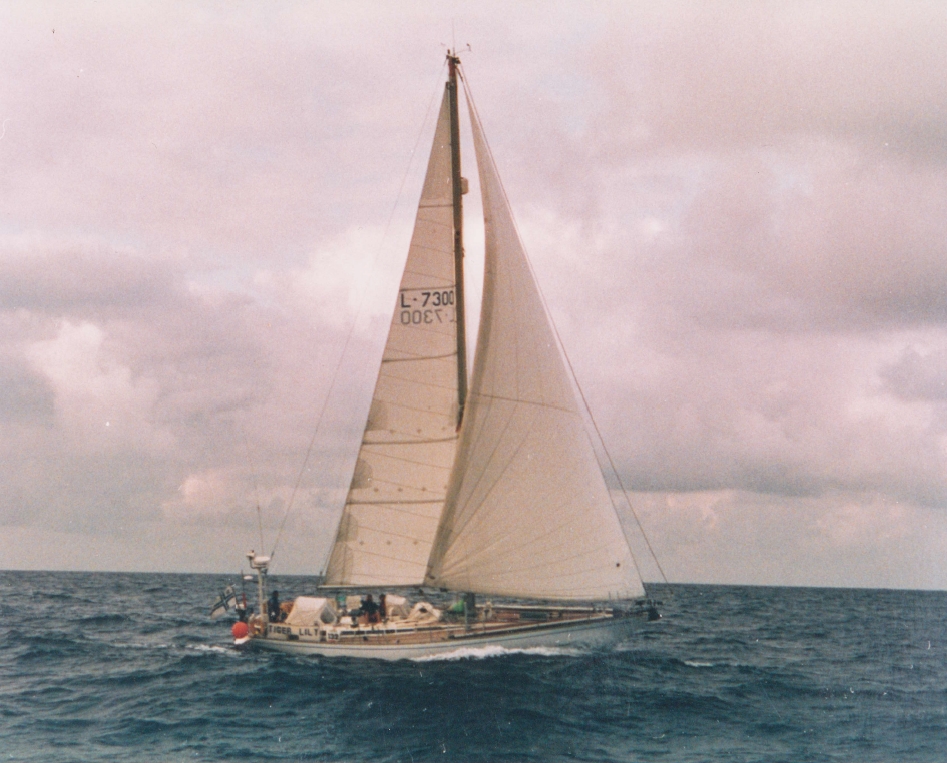 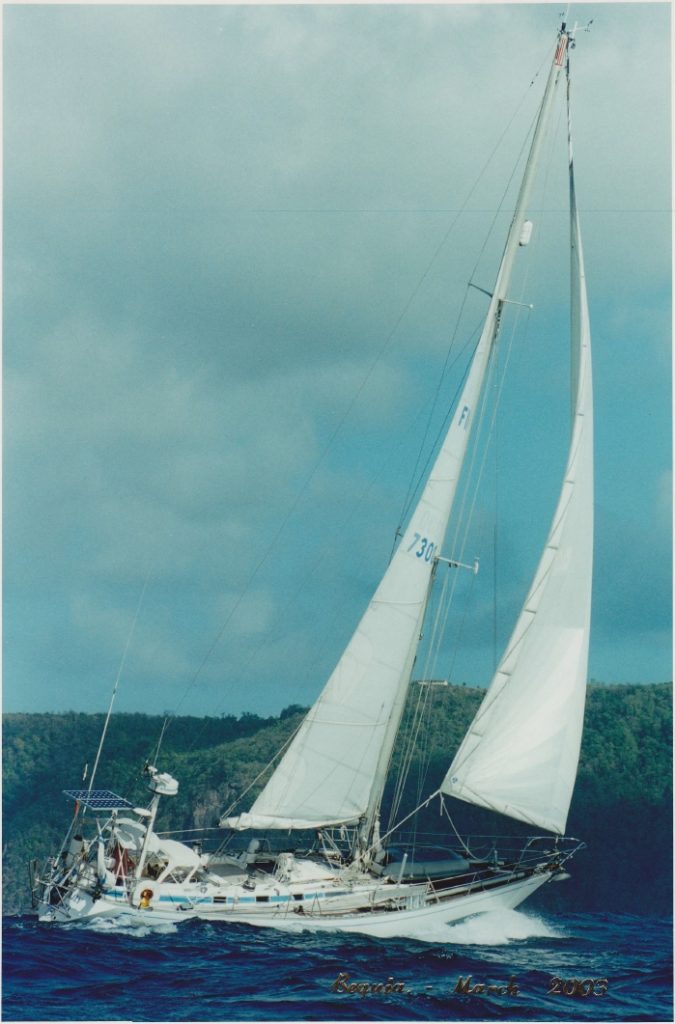